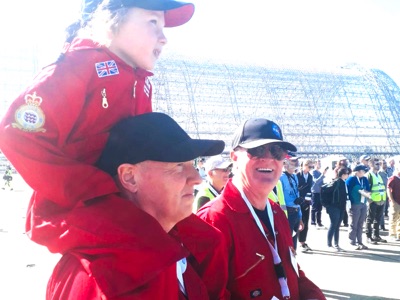 Colin Hilton headed up Airbus training for a TRTO and flew for various airlines globally, accumulating more than15,000 flying hours on fixed-wing types. Nonetheless as a frustrated helicopter pilot he was keen to design a flying machine that anyone could build.

Peter Day also trained in the RAF reserve while studying law at Keele, subsequently building a software company in freight forwarding that he later sold on. He now operates the UK's franchise for kit-built Velocity aircraft whilst also pioneering the introduction of 'hangar-homes' to the domestic market.

The pair are principal shareholders, beside the organisers of the GoFly challenge and a UK investor in commercial drone operation. The project benefits from the expertise of various individuals without whom its progress wouldn't be possible.