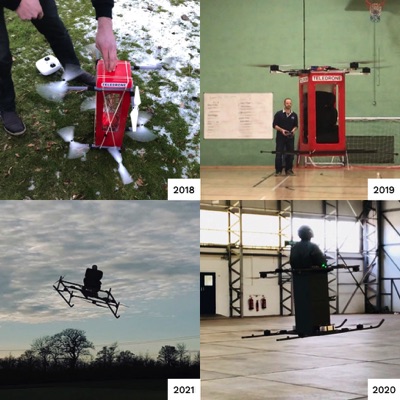 Developments over recent years owe much to the efforts of companies and individuals involved in construction and flight testing of prototypes. Clockwise from top left...

Full-size model flown in Lancashire by Alan of Drone Images UK and latterly by Austin Laws at Snowdonia Aerospace.